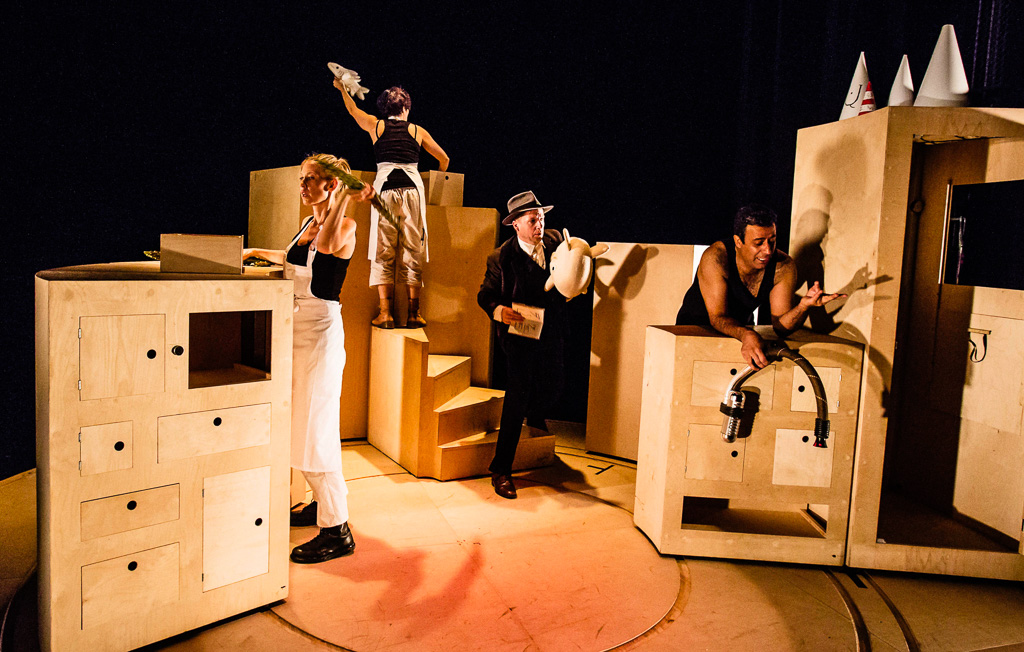 A playful, tender and moving story about being forced to leave everything and start all over again. American born director Thaddeus Phillips, together with TEATERi and an international team of artists, has created a cross-border production of award winning artist Shaun Tan’s graphic novel.

”A melancholy and beautiful masterpiece”
DN

The Arrival was chosen to perform at the Swedish Theatre Biannual 2017. It has also performed at Teatro de la Abadia in Madrid at the Partir/Venir/Quedarse Festival and at NAKS Theatre Festival in Tallinn.

After a long cold journey by ship across an ocean a man ends up in a foreign city. He is alone in a world where the language is incomprehensible and the social codes difficult to interpret. All he owns is the suitcase in his hand and the picture in his suit pocket, a photograph of his family that he had to leave behind. Tentative the man starts to find his way in the new environment. Slowly he learns to communicate, get a job and find friends. But the longing to return home to his family grows stronger.

The play is performed in an entirely new language with physical action and puppets. With music by Juan Gabriel Turbay from Colombia and a magical, ever changeable set design created by Lars Jansson. 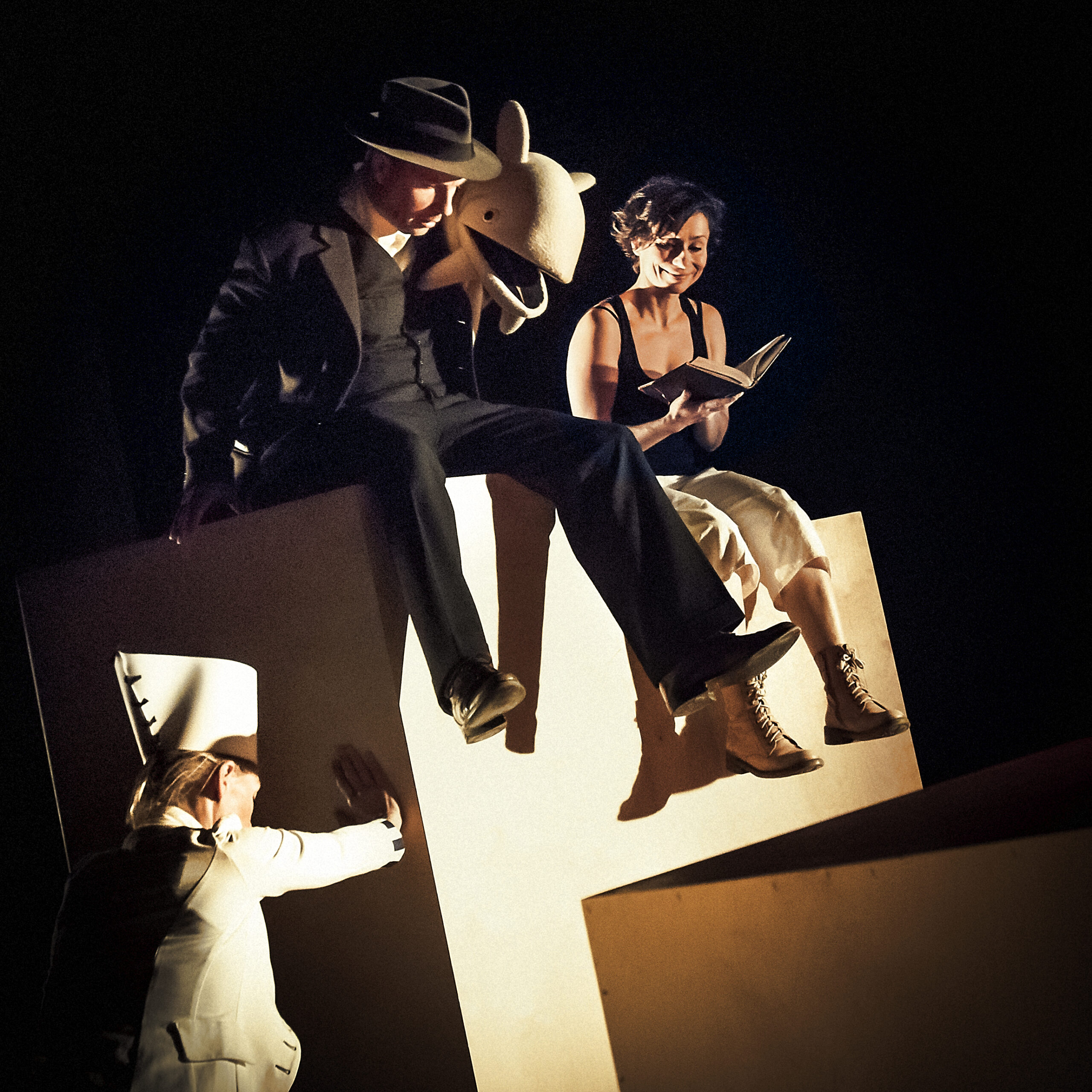 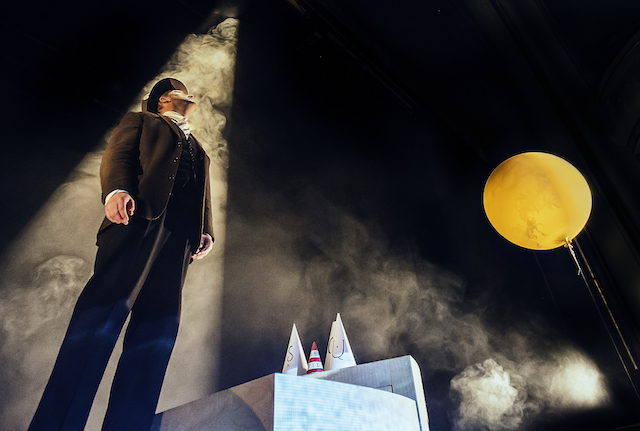