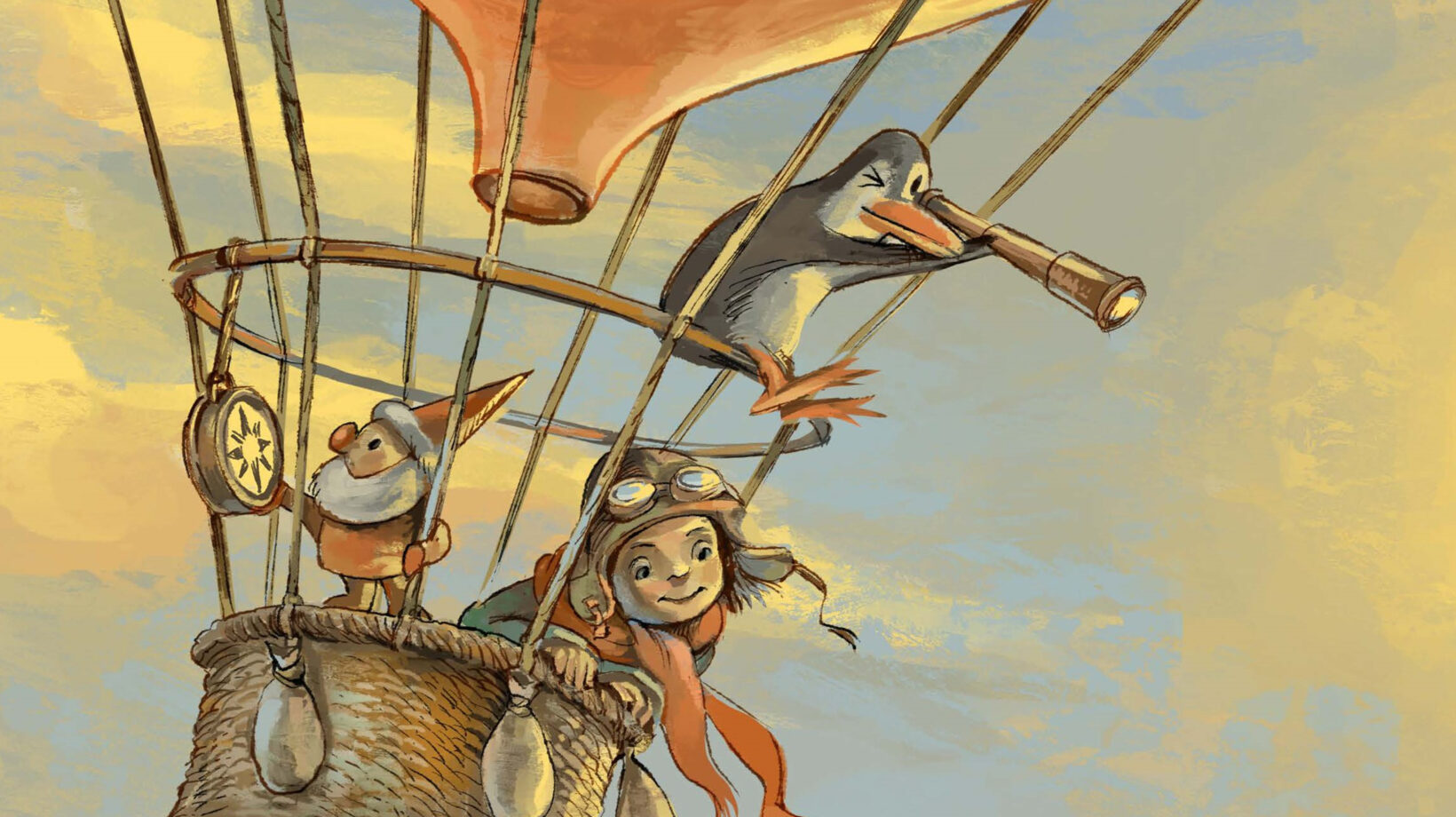 Stina is 8 years old. She has no friends. At least that’s how it appears. Because Stina’s best friends are a penguin made of plush and a wooden gnome.

Her family has just moved to a new city. Stina is worried that she won’t fit in and that she’s not going to be smart enough in school. Then suddenly a mysterious package arrives from her grandmother who recently passed away. It that includes equipment and a letter. Her grandmother who has always been fascinated by engineer Andrée and his fatal balloon trip to the North Pole in the end of the 19th century sends Stina on a mission to the North Pole to save… Yes, what is she supposed to save?

Stina decides to follow in Andrée’s footsteps and find out. Equipped with a laundry basket, sheets and an abundance of imagination Stina, Penguin and Gnome sets off for the North Pole. And just like Andrée she fails to reach her goal but the something fantastic happens. Miraculously her best friends come to life and together the three explorers try to find their way home.

”There lies a subtle magic feeling throughout the play, and as a whole it’s a very charming tribute to imagination. The show is said to be suitable for audiences from 6 years old. I would say that sounds reasonable but would also claim that there’s no upper age limit.”  Jönköpings-Posten

The Polar Eagle is an adventure story about friendship, imagination and courage. From 6 years and up.